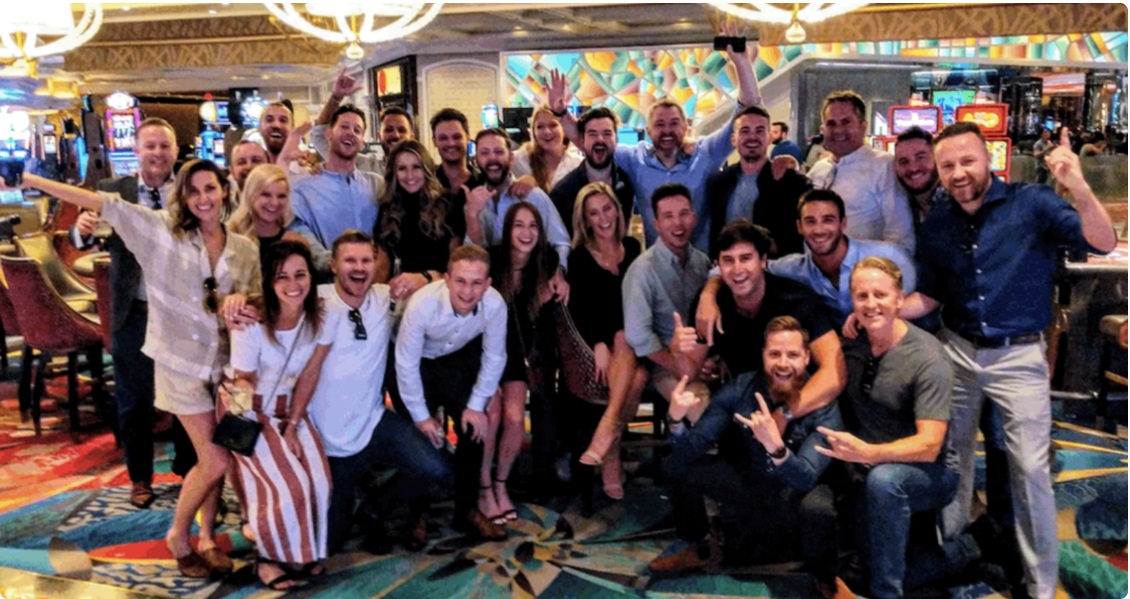 My wife (then girlfriend) Rachael and I were six months into a global backpacking adventure, but dragging ourselves up the icy summit rim of the tallest mountain in Africa was probably the biggest adventure of our lives.

We were not prepared. We hadn’t stepped into a gym for half a year. We didn’t even bring hiking boots. We had no idea what we were getting into, but what we lacked in knowledge, we made up for with enthusiasm and determination.

I recall staggering back to basecamp on the descent, physically exhausted but emotionally exhilarated, thinking: “I need more of this”.

The very next day, March 16, 2011, I was nursing blisters and eating my bodyweight, when I opened an email from a friend and former colleague, Damien. I still have it:

I didn’t realize it at the time, but it was an invitation to climb the next mountain. One that would take almost a decade to finally summit.

Strangely, I’m not technically sure where the summit is (or was). Stackla was acquired by Nosto back in June last year. But today is my last day, and it feels like the end of my own journey.

Of course, it’s not the end of Stackla’s journey and its new, exciting path within the Nosto family. Nosto’s vision is inspiring, its leadership team highly talented and its ability to execute is impressive. I have no doubt that under Jim's leadership Nosto will become a global force in Commerce Experience and I know the product we spent the best part of a decade building is now in the most capable of hands.

So why leave now, just when the stress is dissipating and the opportunity is growing? Put simply, I need a breather. I’ve climbed my mountain.

To be honest, I didn't think it would feel like this. Like many first-time founders, grinding through the stressful lows and nervously celebrating the small wins, I had fixated on the vision of the start-up “finish line”. An imaginary point in time where we’d step into a conference room full of lawyers, sign a piece of paper, then walk out into the bustling office and call an instant all-hands. “Everyone - well, we’ve done the thing! We all succeeded, we are now all satisfied and wealthy and fulfilled and finished. Let’s crack the top shelf whiskies, lie on a beach for a few weeks then do it all over again - even bigger and better!"

I had always expected a marathon, but I - naively, perhaps - always expected that “finish line" moment to be a singular, all-consuming, overwhelming, deeply satisfying slow-walk into the sunset. I had never expected that, upon finally stumbling over the line, too exhausted to even notice I’d finished, I’d have teams of fresh-faced colleagues urging me to run it again.

I know I have it in me to climb the next mountain - just not today.

Instead, I'm going back to where it all began - a global backpacking adventure. I expect it will take a slightly different shape to the first edition a decade ago (with three kids, a global pandemic and hopefully fewer bedbugs). But I hope it has the same outcome - fresh perspective, a clear mind and, eventually, a new mountain on the horizon.

It’s with a great deal of gratitude and a big helping of nostalgia that I say thanks to Damien Mahoney for that fateful email in March, 2011 that led to this life-changing opportunity. The wins were fun but I have seen you in real action, in the trenches when the whistle was blown… and I never saw you flinch. Stackla survived and thrived because you were unbreakable, and despite (or maybe because) of your f*cking swearing and post-work partying.

As much as they deserve it, I won’t attempt to name all of the amazing individuals whose blood, sweat and tears still stain the patchwork quilt that is the Stackla story. There was the OG crew - some of whom are still thriving in the business today - who wrote the first lines of code and signed the first contracts. There was the next generation, who helped launch Stackla into new markets across the UK and US. The dozens of crazy talented people who propelled us to an industry leadership position and the new generation who are delivering on that long-held vision. The investors, advisors and partners who believed in us, and the loyal customers who supported us.

We may not have built the greatest business of all time, but holy shit we assembled a phenomenal group of people and together we fostered such an open, honest, collaborative, friendly, no-bullshit culture - and of all the things, I think that’s what I value the most.

I’m very aware this post is just a series of self-indulgent reflections (f*ck it, it’s been a long slog, this is the closest I get to a celebration), but if there is one small observation or learning I’d choose to share with those entrepreneurs and founders who are climbing their own mountain, it would be this:

Play the game like there is no scoreboard, no clock and no referee. Your business, your rules. Take advice and learnings from others (you’ll get lots of it), but be just as willing to discard it. It will take all of you - mentally, emotionally, physically - and you’ll feel overwhelmed far more often than you’ll feel energized and exhilarated. Pace yourself accordingly. Invest in your physical health. Put your family and friends first, always. Expect and encourage your team to follow your example. Robots don’t build lasting companies, balanced individuals do.

For years I lived by the mindset “short term pain, long term gain”. I’ve learned this is, quite literally, the opposite of how you should frame your thoughts.

The industry is obsessed with first-mover advantage and growth-at-all-costs, but at least in my observations… having the energy to simply continue is the biggest contributing factor to long term success. Enjoy the experience, stay curious and accept that when it eventually comes to an end, if you have something more than you started with - be it financial gain, new friendships, different perspectives or simply fun memories - then it was worth every minute.

That, and more cowbell!